The Insurance industry in the United States made about $1.2 trillion in net premiums in 2017 alone according to the Insurance Information Institute. In fact, studies show that the Insurance Industry makes a trillion dollars annually from premiums every year. Despite this, horror stories about the low quality of services provided by these companies dominate many industry rating websites. The American Association of justice examined thousands of records about insurance companies including FBI records, court documents, and testimony from former employees, and then compiled the following list of the worst Insurance companies:

Allstate is primarily focused on earning a return for shareholders not providing quality services to their customers. Their adjusters are well-known for using a combination of lowball offers and hardball litigation to ensure claimants get the smallest possible amount in settlements. In their ads, they try to convince people to purchase insurance with them and assure them that they will be in “good “hands”, but that is a plain lie. Their CEO makes tens of millions of dollars in compensation every year. Unum, a disability insurer, also delays and denies claims so much that they have earned a poor reputation in the industry. 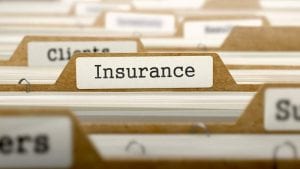 AIG is the world’s biggest insurance company. But it has acquired a reputation for claims-handling abuses such as locking checks in a safe until claimants complain. They also fight claimants for years in court over the most mundane claims. The company almost collapsed in 2008 when they lost $99.2 billion and only survived when the Federal Reserve Bank of New York gave them an $85 billion loan. They are facing a number of corporate fraud charges.

State Farm is the largest property casualty insurance company in the United States. The company has been accused of altering engineering reports about damage from Hurricane Katrina. In fact AIG and State Farm take advantage of their customers during major disasters to make a profit. Both companies pay their CEOs tens of millions of dollars every year.

Conseco provides the elderly with long-term care policies. They delay payments until their customers die so that they can make extra profits.  Conseco knows that their customers are less likely to aggressively fight back to receive their valid long-term care benefits. WellPoint simply cancels the policies of chronically ill or pregnant policy holders.

In 2018, UnitedHealth was accused of wrongfully denying more than $11 million in claims. They denied inpatient claims for some of patients that sought emergency department treatment between 2014 and December 2017. The company makes lots of money by putting patients in danger. Farmers, an auto and home insurance company, is just as bad because it offers incentives to employees to provide terrible service to customers.

Torchmark is being investigated for charging higher premium for minority customers and they have terrible customer care.  Liberty Mutual is also accused of discriminating against customers that live in areas susceptible to natural disasters such as floods. They use delaying tactics to frustrate customers or claimants.