An increasing number of New Jersey drivers leave the scene of their car accident without waiting for law enforcement to arrive. These are the cases that are often referred to as hit and run accidents. Sadly in a significant number of these accidents the driver leaves the scene when they clearly know that the victims have suffered serious injuries or severe property damage. Hit and run offenders often have numerous reasons for leaving the accident scene. You need the services of an experienced hit and run lawyer to fight for your rights in such situations. 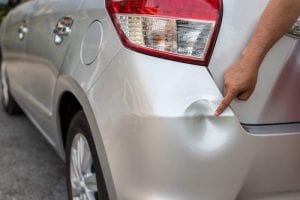 The legal options you have in a hit and run accident depends on the unique facts of your situation. Your lawyer can help you file a lawsuit against the driver that hit you if the police locate the hit and run driver. But the hit-and-run driver must have been at-fault for the accident for you to be able to sue. That is why communicating with a lawyer soon after the accident is a smart move. Your hit-and-run lawyer can investigate your accident and gather evidence that may be useful for your case. However, you may have to pursue money damages from your personal injury insurance coverage if the offending driver is not caught, or has no auto insurance. People who have uninsured motorist coverage can also receive more money to help with their medical expenses and property damage costs.

Hit and run is a serious offense in the state of New Jersey. The law requires drivers involved in a car accident to remain at the scene of the accident until the police show up. You should do this even if the accident was a fender bender where nobody got hurt. In a situation where someone dies or gets injured, the hit-and-run driver will face the following penalties if they get caught:

The possible penalties for a hit-and-run driver that only causes damage to another vehicle include:

Below are reasons why drivers leave the scene of the accident:

Hire a hit and run lawyer to negotiate with insurance companies on your behalf so that you can get your medical expenses and other damages covered.