Civil lawsuits and criminal cases are the two different types of cases that help address wrong doings in the legal system. Civil lawsuits that involve a jury are used to address disputes between two or more parties, but do not deal with criminal matters or any family law issues. A plaintiff can win in a civil matter by proving their case through clear and convincing evidence, or by a preponderance.

A criminal case deals with felonies and serious crimes, and the defendants in these cases have a right to a trial by jury. However, the defendant is considered innocent until proven guilty in these kinds of cases. That means that in order to find someone guilty of a crime, the charges must be proven beyond a reasonable doubt.

How Civil Cases Get To Trial

In cases where there are more than one defendant and the defendants make claims against each other, these claims are called cross claims. Cross claim, counterclaim, complaint and answer papers are called pleadings. These pleadings are often exchanged between the parties before the actual trial begins. In situations where more than one party has more than one claim against a party, each claim is referred to as a cause of action. A deposition or discovery begins after all the pleadings have been filed.

How Criminal Cases Move To The Court System 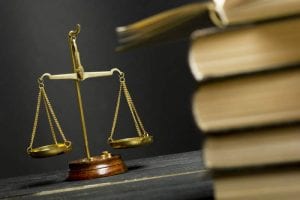 Any person that commits a crime in a certain state is considered to have committed a crime against that state and its people. That means that either a civilian or a police officer in the county where the crime was committed can fill out a criminal complaint against the person that commits the crime. The county prosecutor then reviews the complaint and decides whether the case should be brought before a grand jury or not.

If the county’s prosecutor’s office determines that the case should be heard by a grand jury, the defendant will be brought before a judge to enter a plea of guilty or not guilty. A discovery process will be carried out after the defendant pleads not guilty and then the actual trial will begin at a later date. A grand jury’s role in a criminal case is to listen to witnesses and review the evidence presented by the prosecution side and the defendant side, and then determine whether the defendant is guilty or not.

Punishment In Civil And Criminal Cases