Using a modern car seat to keep babies and young children safe in the case of an accident is critical. Forbes magazine states that the top cause of death for children under 14 is car accidents. If you are a New Jersey parent, you should have a thorough understanding of this state’s car seat laws. 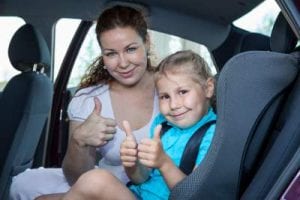 According to some legislators in New Jersey, the old law was vague and out of date. The new law, called An Act Concerning Child Passenger Restraint Systems, establishes new standards for children based upon their weight, age and height.

The new law’s standards are as follows:

The law does not state when a child over the age of eight may begin to sit in the front seat.

Fines and Punishments for Car Seat Violations in New Jersey

Parents who do not comply with the current New Jersey car seat law may be fined from $50 to $75. This is $40 more than the old fine for a car seat violation. The new law also will not exempt parents who claim they are following the car seat manufacturer’s instructions.

Be sure you are complying with the new New Jersey car seat law, and also avoid these errors:

If Your Child Is Hurt in a Car Accident

Be certain your child is secured in your car every time you drive. Still, even using a car seat properly will not always prevent injuries when there is a serious car accident. If your child is hurt, you should talk to a personal injury attorney as soon as you can.

A New Jersey attorney experienced in car accident claims can be invaluable in the claims process. Auto accident injuries can be serious and life threatening, sometimes requiring extensive (and expensive) medical care.