Back in 2010, Toyota had to recall 436,000 hybrid vehicles worldwide following 200 reports of Prius brake glitches. These glitches caused a number of accidents that resulted in deaths and injuries all over the world. While these brake glitches were mostly Toyota’s fault, there are many other situations where car accidents happen because the driver failed to maintain the vehicle. A significant number of drivers in Jersey City let their brakes fall into disrepair, and continue driving despite knowing that the brake can fail at any time. People who suffer bodily injury or property damage in accidents caused by these drivers can file a claim for compensation with the help of an experienced car accident lawyer.

Your Brakes May Have A Defect

A driver is only responsible for a crash if the crash happened because the driver failed to properly maintain the vehicle. You are not responsible for an accident if the defective brakes are what led to the accident happening. But drivers that fail to maintain their brakes and cause accidents as a result, are considered negligent. You may need to have your brakes checked if you notice the following:

You should always search for any recalls through the National Highway Transportation Safety Administration (NHTSA), if you think your brakes are defective. The most common issues associated with defective brakes include:

You have every right to hold a manufacturer legally liable for injuries you sustain and monetary losses if the manufacturer made a defective product and refused to fix it. 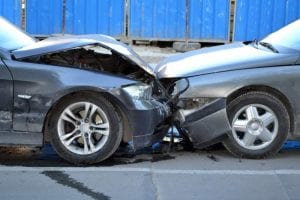 The tailing driver is in most cases responsible for rear-end accidents.  But the brakes of the tailing driver could be what caused the rear-end crash. It is possible for brakes to suddenly and instantly cease to operate through no fault of the tailing driver. Drivers in such situations will have to prove that they have not been negligent in maintaining their vehicle. Negligent drivers will held liable for a rear-end accident even if the brakes failed. Any driver that believes that their brakes caused them to rear-end another driver must file a claim immediately if they want to be believed. The car must also be checked out immediately to prove that there was a brake failure. If you claim that your brakes failed and then proceed to drive the car away from the accident scene, people will assume that  you are lying.